Fashion platform Models.com features TIAN at MDC Selects, a showcase of the best new faces on the market. 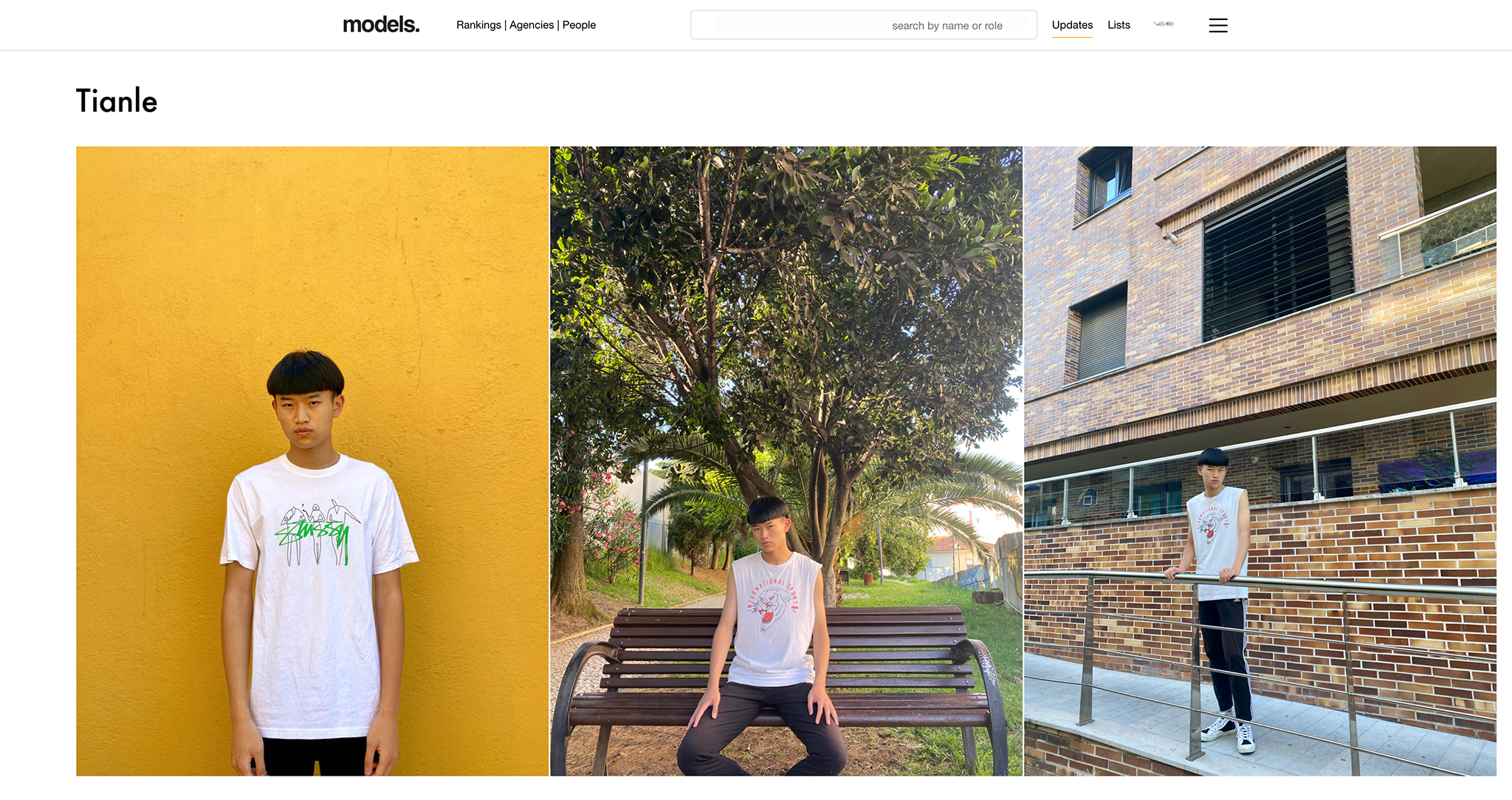 MDC Selects gives a small preview of the model's personality with some interesting facts and embarrassing moments, showing off his background and cool personality.

TIAN has worked for Portuguese designers Luis Carvalho or Valentim Quaresma and was featured on the Campaign for Lisboa Fashion Week and on the cover of Portuguese Soul Anniversary Issue.

You can read the full article here.