By WAM Administrator11 March, 2019 No Comments 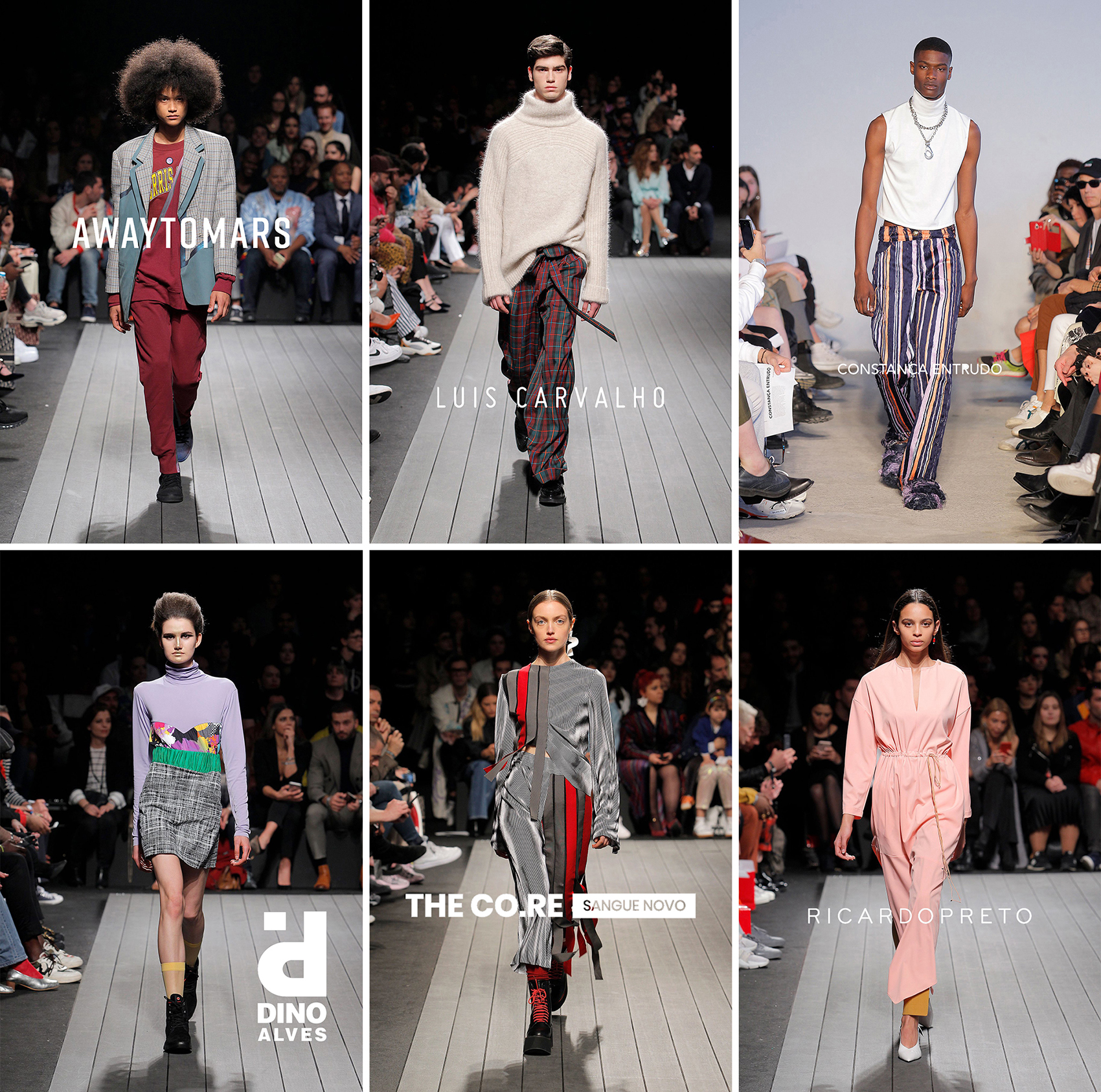 We Are Models had 23 models at this year’s Moda Lisboa, titled Insight. Here’s a complete rundown on the shows:

Moda Lisboa started with a day full of presentations.

The second day had the highly anticipated contest SANGUE NOVO won by Carolina Raquel for whom BEATRIZ MACHADO and RAQUEL BRITO walked.

Rita Carvalho had ANA MIGUEL and ZUZIA on her show. ZUZIA closed the show for the designer with a strong red look.

Fresh face SAMUEL made his runway debut walking for Federico Protto, who won the Best International Designer Award. Alongside him were PRISCA, JOAQUIM, DANIELA ROSA, TOMÁS DINIZ and FÁBIO TAVARES who had the pleasure to open the show.

Female duo The Co.re had MARIA ROSA, RAQUEL BRITO and BEATRIZ MACHADO  walking for the brand.

ANA MIGUEL and ZUZIA walked right after for Opiar where all the models had their faces covered up.

FRANCISCO GUERREIRO, DANIEL S. MARIA ROSA, FÁBIO TAVARES, RAQUEL BRITO and PRISCA walked for Duarte brand a show who brought a lot of smiles and a dog into the runway.

Carolina Machado was the one that came up next. DANIELA ROSA, ANA MIGUEL, ZUZIA and BEATRIZ MACHADO all did the show. DANIELA ROSA had two looks and was the last model to go out the runway.

RAQUEL RAMOS also stepped on the runway for the first time at Moda Lisboa walking for Ricardo Preto. The show was opened and closed by ZUZIA. ANA MIGUEL, BEATRIZ MACHADO, DANIELA ROSA, RAQUEL BRITO and MARIA ROSA also walked for the designer’s show.

Saturday started at another location with RACHIDE opening for Constança Entrudo. JOSIANE, MARIA ROSA, RAQUEL BRITO and INÊS CARVALHO were also amongst the models present at the show.

João Magalhães was the next designer to show his creations. Previously part of the duo Morecco, this was the first solo show of the designer for whom JOAQUIM walked.

Next in line was Imauve. BEATRIZ MACHADO, DANIELA ROSA and SYLWIA walked for the brand of Portuguese creator Inês de Oliveira.

Carlos Gil, a show powered by Portugal Fashion had SYLWIA and ZUZIA as part of the casting. Kolovrat had most models wearing green make-up on their faces. DARINA, RAQUEL BRITO, RACHIDE, JOSIANE, FÁBIO TAVARES and JOAQUIM did the show.

Luís Carvalho closed the night with a wonderful collection.TOMÁS, RACHIDE, ZUZIA, DANIEL S. and JOAQUIM walked for the Portuguese designer.

The last day started with Nuno Gama’s show with RODRIGO and GABRIEL walking once again for the famous designer.

After that it was Andrew Coimbra’s turn. SASHA opened the show that also had JOAQUIM, RACHIDE, DANIEL S. and ANA MIGUEL.

JOSIANE who did the last campaign for Gonçalo Peixoto made the honours with a strong look at the designer’s show, alongside DARINA and SYLWIA.

Nycole, another designer presenting for the first time at Moda Lisboa had RACHIDE opening the show and JOAQUIM closing it. DANIEL S. also walked for the designer with two looks.

The next show was Ricardo Andrez. ANA MIGUEL, JOSIANE , SASHA, DANIEL S., RACHIDE, JOAQUIM and RODRIGO were all present.

Aleksandar Protic showed his collection once again in Lisbon. The Serbian designer had DARINA and SASHA on his show.

Dino Alves closed this edition. JOAQUIM, JOSIANE, SASHA, ANA MIGUEL, DANIEL S. and RODRIGO walked the show that had a standing ovation at the end.